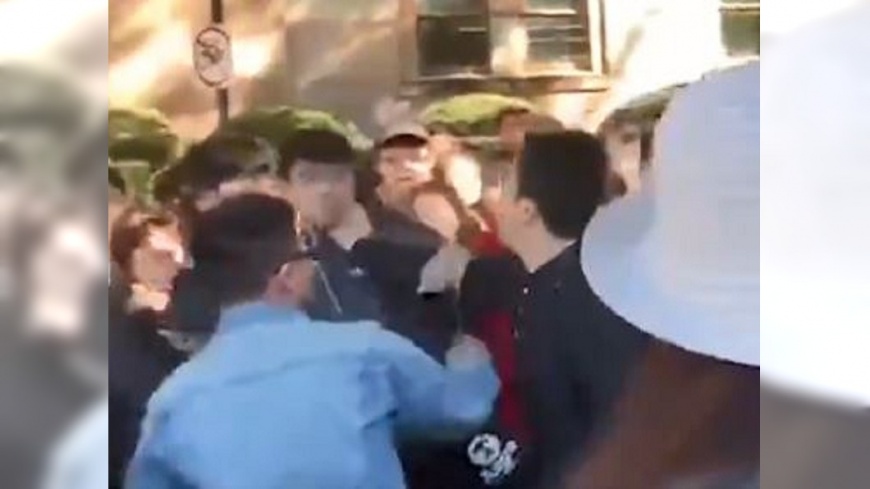 
Nilsson Jones
UQ’s Market Day at the St Lucia campus was hijacked by mid afternoon as tensions boiled over between Chinese and Hong Kong protesters.
Market Day was an opportune time for anti-Chinese Communist Party (CCP) and pro-Hong Kong protesters to join together and get their message out to students.
Drew Pavlou, an organiser for the anti-CCP protests promoted the event on Facebook in the days leading up to Market Day.
Mr Pavlou has been a vocal student on the persecution of Uighur Muslims in mainland China, as well as the controversial relationship between UQ and the Chinese Government – regarding international students bankrolling the university and the presence of the Confucius Institute on campus.
On Wednesday morning, Chinese students contacted Mr Pavlou and encouraged him to cancel the event, as it would cause unnecessary and unwanted damage to the broader Chinese-Australia relationship and implicate students who wish not to become involved. Some sent Mr Pavlou death threats.
The event went ahead at midday, beginning as a peaceful sit-in with students holding signs that criticised outgoing UQ Vice-Chancellor, Peter Hoj for the Chinese Government’s supposed influence at UQ.
Pro-CCP students then gathered directly across from the protesters at the entrance to the great court near Merlos, as a form of counter-protest.
This is when the day got interesting.
The counter-protesters arrived with speakers loudly playing the Chinese national anthem on repeat as students joined in on the singing and chants that were endless throughout the afternoon’s ‘festivities’.
Both groups screamed and chanted at each other until tensions boiled over when Chinese students began tearing up pro-Hong Kong signs and pushing the protesters away.
The violence then escalated when Mr Pavlou, amongst others, was assaulted, being repeatedly punched then pushed into a group of students sitting down.
Another student was hit over the head with an energy drink by a pro-CCP student, it was then that a UQ security officer stepped in and was bitten by the Chinese student.
It is important to note that there were UQ security officers present throughout these events, however, they remained largely uninvolved to avoid the appearance of stifling debate and free speech on campus.
It was after signs were stolen and students were punched that police arrived on campus and remained there until the groups calmed down and later moved on.
There was a brief forty minute period where things looked to have fizzled out, the groups had dispersed from the Great Court. A group of students led by Mr Pavlou occupied the Confucius Institute on campus and live streamed from the location.
Following the Confucius Institute protest, approximately fifty Hong Kong students sat down near the Grassy Knoll.
Domestic students who were in support of the Hong Kongers, as well as those in opposition to the CCP, huddled behind the students in a showing of support.
Over the next thirty minutes, pro-Chinese students had re-grouped opposite the Grassy Knoll, with an increasing presence that grew to over 350 as tensions began to rise once more.
The chanting and singing returned as both sides grew increasingly agitated by one another until the second round of violence ensued.
Police and media presence was far more apparent at the revived protest as key figures from both sides were interviewed and questioned about the day’s events.
This violence and motivation to protest did not exist in a vacuum, there were several peaceful Hong Kong student protests at the end of last semester showing solidarity with family and friends back home.
Similarly, tensions and debate have been present on UQ platforms such as Stalkerspace following the events and protests in Hong Kong in previous months.
Wednesday’s events will most likely not be a one-off, with a larger protest already proposed on campus for next Wednesday. 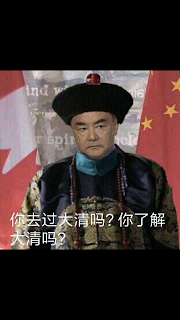